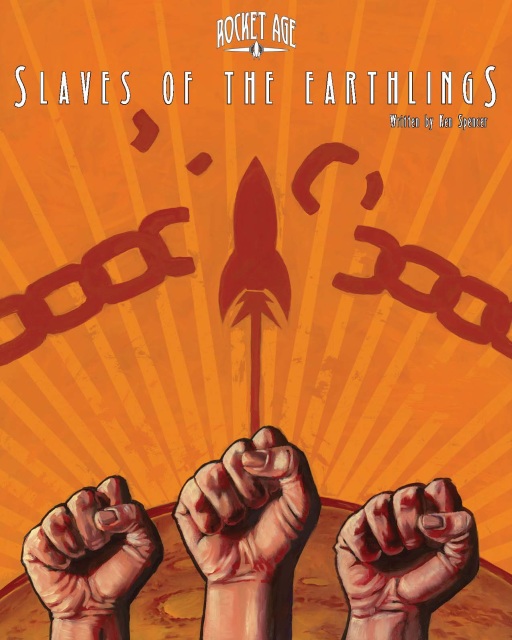 Slaves of the Earthlings

The Lincoln Brigade has been battling slavery on Mars, but a new evil has emerged. Where before the Brigade's elite Tubman agents have focused on freeing slaves and leading revolts, now they must battle those who would force freed slaves back into bondage. Will our heroes join this resistance to liberate the…

Slaves of the Earthlings

This Rocket Age episode sees our heroes racing against brutal slavers to stop the kidnappings of Julandri Courtesans, exploring the abandoned sections of the Martian city-state of Kostrast, and finally confronting the Red Scorpion backed slaving ring aboard a rocket ship bound for Earth.

Slaves of the Earthlings is a 24 Page book featuring a Rocket Age episode designed for three to six players.